Why a literary journal; Why a public-service media 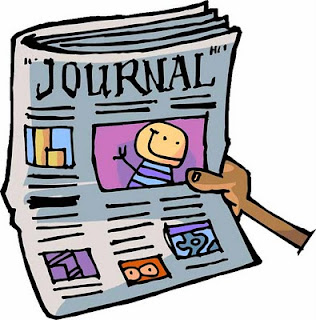 There are seas of books, e-books, magazines, journals, newspapers and many other sources to quench our thirst for information and knowledge. All of them can  satisfy our curiosity in knowing more and more.  In contrast, life is short, uncertain and bubbles like existence. The fact that we have got limited time of our life requires us to be selective in making our choices.

Each literary source plays a definite role in transmitting knowledge and honing intellect. Those sources of information and knowledge which simply update us on topical happenings do not interest us as much as the ones that prod our intellectual curiosity for learning and tickle in us an aesthetic appeal for art.

The key to the fullness of life lies in striving for the harmony of the aesthetic development of senses and the intellectual growth of mind. The former makes life beautiful and the latter rational and scientific. At the confluence of these ethereal streams dwells the power of the human spirit to mother new thoughts and ideas. This, clearly, equips us for better living. Hence, we must make correct choices in order to grow in life in all manners.  Our right choices mean a definite guarantee against false decisions.


It is indeed a thing of rarity to get the best of both worlds in one source of learning. It happens rarely that we have a journal which radiates the fragrance of fresh and original ideas from the best of the bunch in the society,  who are ever ready to put their heads and hearts together in the best interests of humanity at large.

There may be many a literary journal produced with a view to contributing to the common cause of nation building; there may be many more in the offing. But how and why the one we are going to publish is way different from all the rest is foremost left to the judgment of readers. We only make submission. Even so, it is for the entire world to see what exactly we mean  when we say that every word thus spoken and written will be cast in the mould of action and every action thus moulded be called into the play of redeeming, India Redeeming that is.

Given the magnitude of the tasks we have set ourselves- contributing to India Redeeming- innovative thinking should supply us with fresh new thoughts and guiding principles. Vision guarantees overall perspective. It also gives  definitive direction to all our endeavours. Prudent decisions will determine our course each step of the redeeming way. It really demands of us ingenious insight that could cover all the ground of human enterprise; yet represent the common interests of people who, as any sensible person can see, are groaning under the burden of social disparities and discriminations. They are hardly ever left with time or chance to realize the depth of their hopeless condition. So, there is a crying need for ‘something’ that beckons aspirations to redeeming; that is also a true harbinger of revolution and reconciliation. There is a heightened need for ‘SHAKE UP WAKE UP’ initiative that could awaken our sleeping humanity to the urgency of mitigating the man made sufferings of life.

All it takes to meet the tall order is, again, innovative thinking coupled with a capacity to make farsighted decisions backed by workable vision. INDIA REDEEMING-education & literary quarterly is the brainchild of the curious mix of these imaginative and inventive ingredients.

It seems as if all ruling intellect these days is gone too far deep in the shallows of short-sightedness to see through their own rosy pictures concealing the moral and social degeneration raging all around. For example, man has grown too technical to think anything better than mint money by fair or foul means. Indian Shylocks have already kidnapped a sense of work ethic from day to day conduct of social affairs debasing morality and degrading nature, goring these for their own pound of flesh, flocking around increasingly as hyenas, vultures, crows do about carrions. Where did we of Veda blood pick this unbecoming way to live?

Almost anything goes these days in the name of creativity, no matter how self-destructive it may be. We have T.V. Channels, newspapers, magazines, even book culture portraying the drama of obscenity and self debasement. Most of our channels are endlessly dishing out the gruesome gruels of blood and gore, unscrupulously sensationalizing everything to garner TRP in amassing fame and fortune from the mine of the masses’ gullibility. As a result, the viewers are  served the staple diet of all triteness as their food for thought. Man though becomes what he thinks! His thinking is certainly influenced by what he reads and sees around him. It is but natural for a common man to get affected by pathogenic substandard thoughts and ideas attacking the health of his character, integrity and discretion. Young minds are the most vulnerable. Is this any way to mould our next generations? Is this how you deal with nation’s future? Aren’t Indians then afraid of another round of subjugation? We are so prone to it, aren’t we? New generation knows little of martyrdom! And eternal vigilance remains the price of liberty! Nothing less!

To a large extent the national media is also responsible for the prevalent ‘state of the art’ decadence of modern Indian society. How else does one account for its failure, still worse its machination to not cover most of the national news stories to their logical conclusion? Must they always keep the public guessing? How can they account for the ‘paid-news’ insanity? How do these editors, the so called watchdogs of news world, square the fact with their conscience that they should lead professional life without practicing the principle of accountability? What is their logic of sensationalizing a news story with absolutely zero newsworthiness as regards our nation’s real advancement? What is the rationale behind legalizing ‘private treaties’ through which a newspaper enters into agreement with the cine world, a political party, with unscrupulous business group to ensure favourable coverage in return for unethical monetary gains, that at the cost of nation? What moral right then do our national media have to stand over other pillars of our democracy and to demand actions against the wrong doers when they themselves have stooped so low as to have their own price? Freedom was won and paid for with martyr bloods; for Indian people, for their freedom, for their welfare, for the restitution of Indian nation and civilization which was long held in limbo exactly on such traitorous element’s account in the past. The enemy within is always the enemy first!

WHAT DO WE DO NOW?
The only antidote to such fatally diseased society is ‘a-public-service-media’ which doesn't  have its side-effects like commercialization and corruption; the media  where the soul of our nation finds free, fair and full expression ever guarding against all  kinds of decadence and degeneration.

Our nation’s given state of affairs- hopeless as it is- calls for a concerted efforts of redemption. All thinking people must get together under the banner of a common cause ( INDIA REDEEMING -education & literary quarterly),  holding the torch of culture and learning higher enough to show light across the nation. The intention thereby is to restore order and balance in our lives, to begin to redeem India that is. The spirit of selfless service must reign supreme as a matter of routine so that ‘redeeming’ turns out to be a self-fulfilling prophecy.

INDIA REDEEMING -education & literary quarterly will lead troubled Indian humanity in acquiring full measure of our stakes. That should help us is bringing about the necessary change for the better.

And then, we will more than match our word to our deed by living out our precepts exactly as Gandhi did; and a bit more in tune with changed time. This charity will begin at home. We lead simple spiritual lives with minimal material need. We prefer to live Satwik life. We deal on cooperative basis. Not raw profit but finer happiness is our lives’ objective which is to say the striving for Moksha through universal brotherhood. The point thereby is to establish superiority of spiritualism permeated Indian Way of living in place of the culture of corrupt corporate domination, which is but unworthy of Indian Ideals.

Finally, we mean to harm no one; seek no one-upmanship. We dress Indian, eat Satwik food, and think pure Indian. We strongly believe that this type of living is the sole way to lead by example. Anyone and everyone is welcome to check our open book like lives. Unluckily, we must live with English, for that is the imposed predominant language.  We must strictly follow the Sanskrit Sukti: KANTKNAIV KANTKAM till we have brought about the first change in public awareness of our correct priorities.

But caution. We also strongly believe in self defence. We shall always keep in reserve our right to hit back, tear apart any uneducated critique. Better come forewarned and forearmed! We mean India Redeeming business, we do.